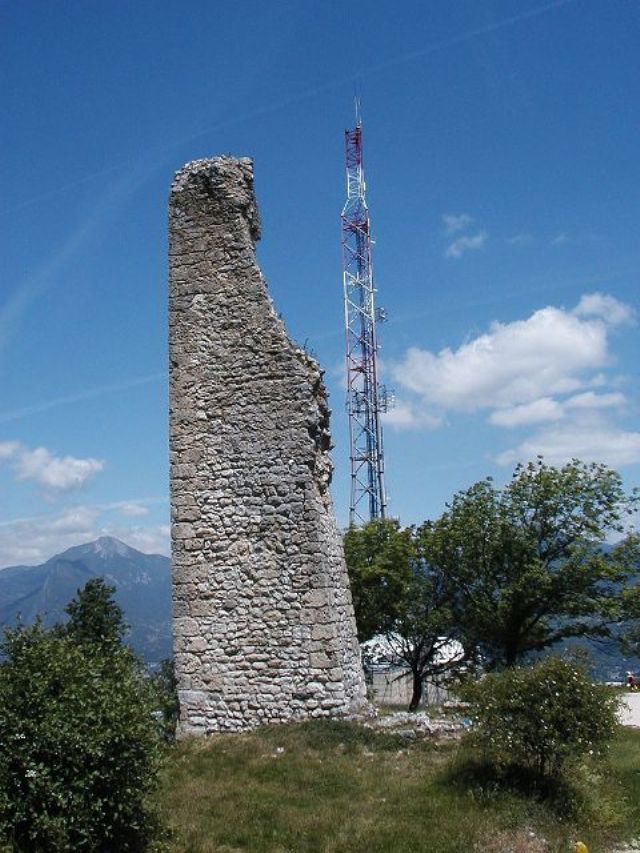 Location: Seyssinet-Pariset, in the Isère departement of France (Rhone-Alpes Region).
Built: 13th century.
Condition: Ruins.
Ownership / Access: --
Notes: The Tour sans Venin represents the last remnant of the old castle Pariset, the thirteenth century, the ruins stand in the town of Seyssinet-Pariset in the Isère department in Auvergne region Rhône-Alpes. The tower is qualified as one of the Seven Wonders of Dauphiné. The tower without venom, now ruined, is the keep of the castle of Pariset which dates back to the thirteenth century. The castle is in the 1339 survey possession of the Viennese dolphins. The little evidence relating to the millennium place only permits assumptions about the history of this tower, which alone is clearly visible angle of what many medievalists attribute to keep. With a little attention and imagination, it is possible to see traces of the curtain, a round tower and the location of a tank. Although the tower has no significant archive, his lords were cited in numerous texts including a "territorial" trial with that of Sassenage, then an act of "property of the Dolphin". The site hosts the television station "Grenoble 2 - The tower without venom" of the Grenoble region. The operators concerned are TDF and Towercast.

How To Get To Tour sans Venin (Map):