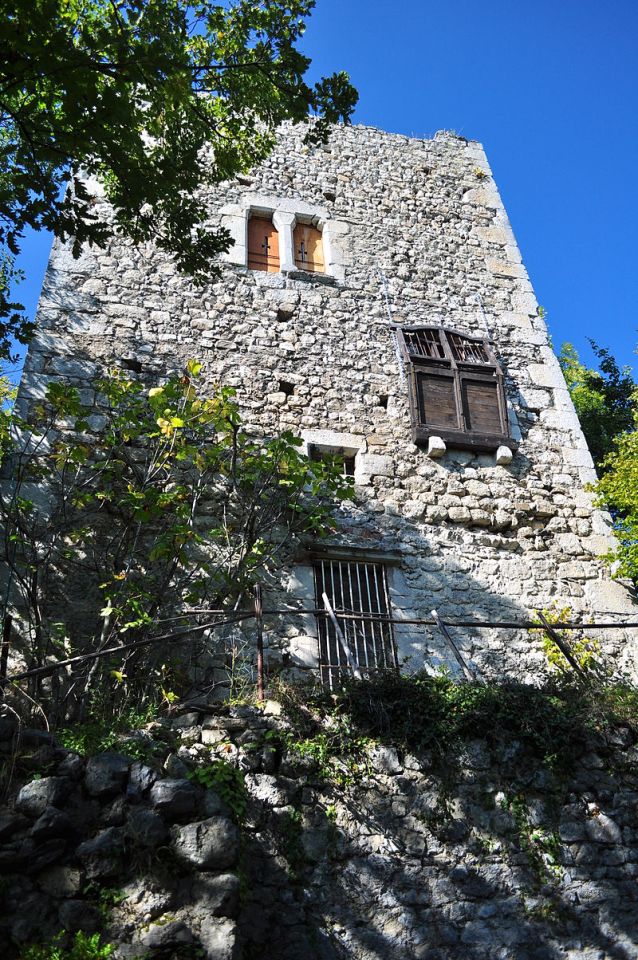 Location: Cruet, in the Savoie departement of France (Rhone-Alpes Region).
Built: 14th century.
Condition: Ruined.
Ownership / Access: --
Notes: Tour du Chaffard is an ancient fortified house, the fourteenth century, in the Middle Ages, the center of the Lordship of Chaffard, whose remains stand in the hamlet of Madoux the town of Cruet, a French commune in the department of Savoie region Auvergne-Rhône-Alpes. The tower-residence is built on an artificial mound 15 to 20 m radius, made of stones forming glazes. She lights a double window divided by a tent pin. From the fortified house, now in ruins, is contiguous to it, there remains a molded fireplace probably dating from the sixteenth century.