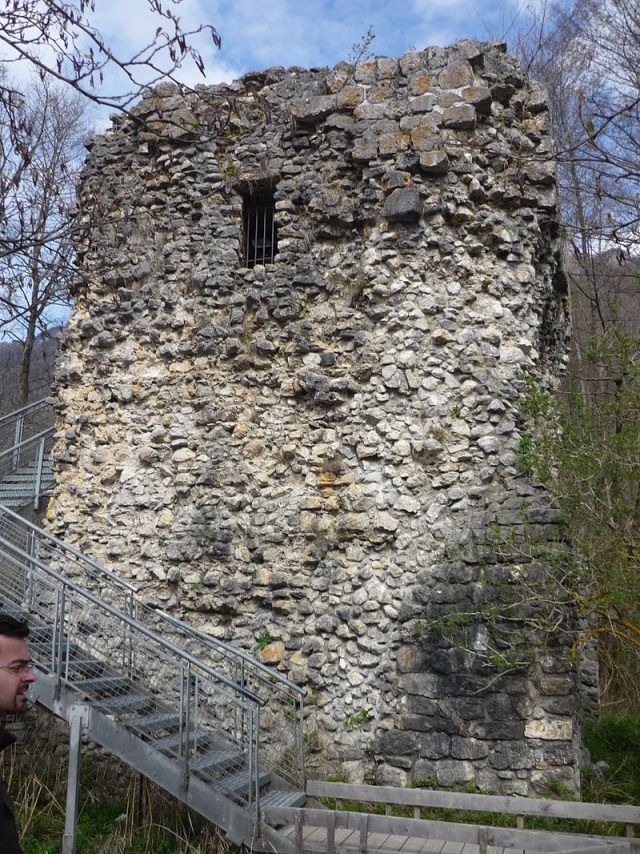 Location: Doussard, in the Haute-Savoie departement of France (Rhone-Alpes Region).
Built: 11th-12th century.
Condition: Ruin.
Ownership / Access: Owned by the municipality.
Notes: Tour de Beauvivier is the last vestige of a former stronghold quoted the eleventh and twelfth centuries, the center of the Lordship of Beauvivier, which stands in the natural reserve of the Lac-Bout in the town of Doussard in the department Haute-Savoie, in region Auvergne-Rhône-Alpes. Castle Beauvivier, there remains today a square tower of the twelfth century, high of about ten meters, consolidated in 1993. It is reached by a vaulted arched door on the first floor. The southern façade has a doorway to archer. On its west side, a passage allowed to win the main building.