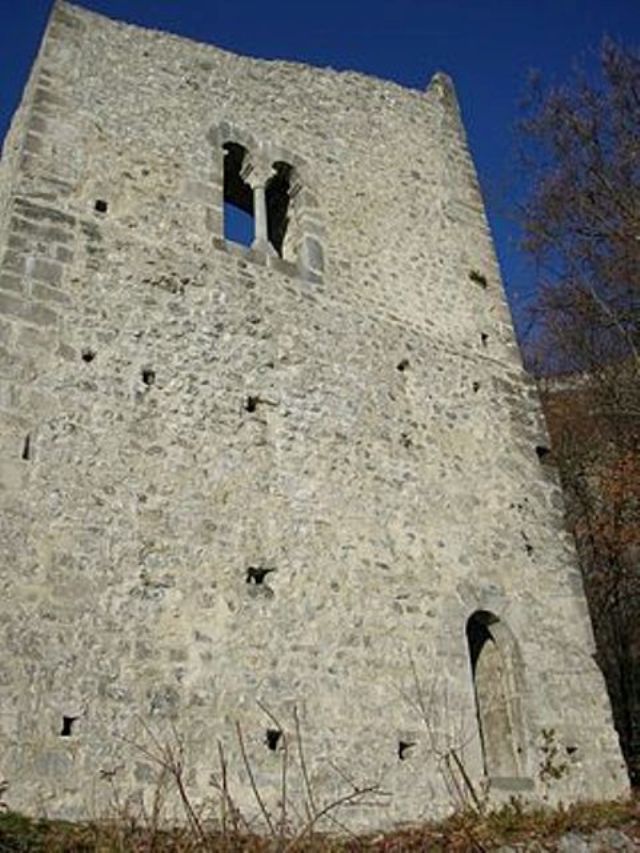 Location: Saint-Ismier, in the Isère departement of France (Rhone-Alpes Region).
Built: 13th century.
Condition: Ruins.
Ownership / Access: --
Notes: The Tour d'Arces or Bâtie d'Arces is an ancient castle of the late twelfth century or early thirteenth century, the center of the Lordship of the Tower of Arces, the remains of which stand in the municipality of Saint-Ismier in the Isère department in Auvergne region Rhône-Alpes. The tower is accessible year round by a small way; "Path of the Tower of Arces." The tower enchemisée control two small speakers. A turret stood at the northern end of the second enclosure. The site contains a chapel called St. Catherine. The Tower of Arces quadrangular 8 m high side and even 13.5 m and 1.40 m thick wall of the base has on its front side of the attack two archers niche semicircular. Another face is wide open with two rectangular windows and the views of the Isere with a double window opened subsequently.