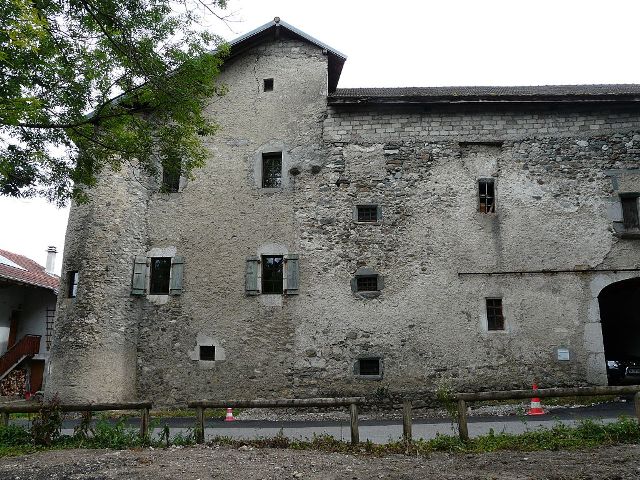 Location: Féternes, in the Haute-Savoie departement of France (Rhone-Alpes Region).
Built: 14th century.
Condition: In good condition.
Ownership / Access: --
Notes: Château de Compey then later château de Lucinge is a former stronghold of the fourteenth century, heavily remodeled in the fifteenth and sixteenth centuries, which stands on the town of Féternes in the Haute-Savoie department in Auvergne-Rhône region Alps. Part of the lordship of Féternes was acquired in 1325 by Compey or Compois which then set in the castle, separate from the Count's castle called "Chateauvieux". John Compey, grand-son of Peter, acknowledges hold the Count of Savoy for more properties in Féternes and is vested with property rights and Féternes in 1346. He had married Leone Féternes. Their son William is vidomne Féternes. He married Henriette Greysier, of which he would have had a son François, Lord Féternes. The son of François, Jean, was appointed lord of the manor of Evian-Féternes in 1459 and squire of the Duke Louis I of Savoy in 1465. It recognizes keep property recognized by his great-grandfather in 1346. In 1492, the son of John Louis and Antoine, in turn recognize the family property in Féternes. In 1930 the castle was burned. Château de Compey is in the shape of an irregular rectangle flanked by several towers; one square, the other round. Three main buildings heavily reworked to fifteenth and sixteenth centuries, are organized in a U-shaped plan around a large courtyard.