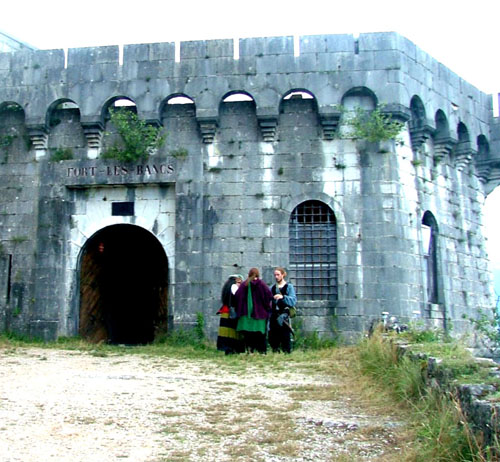 Location: Virignin, in the Ain departement of France (Rhone-Alpes Region).
Built: 1840-1849.
Condition: --.
Ownership / Access: --.
Notes: Fort-les-Bancs is a stronghold situated in the department of Ain, in the territory of Virignin, at 492 m altitude in height of the town of the village.Fort-les-Bancs was erected in the middle of the nineteenth century to protect the defile and the fort of Pierre-Châtel, on the road linking Chambéry to Belley and Lyon. Its construction, begun in 1840, was completed in 1849 and the fort was inaugurated in 1850. It never had to fight, Savoy being attached to France as early as 1860. It was decommissioned in 1889 and served as cantonment and place of instruction.

How To Get To Fort-les-Bancs (Map):