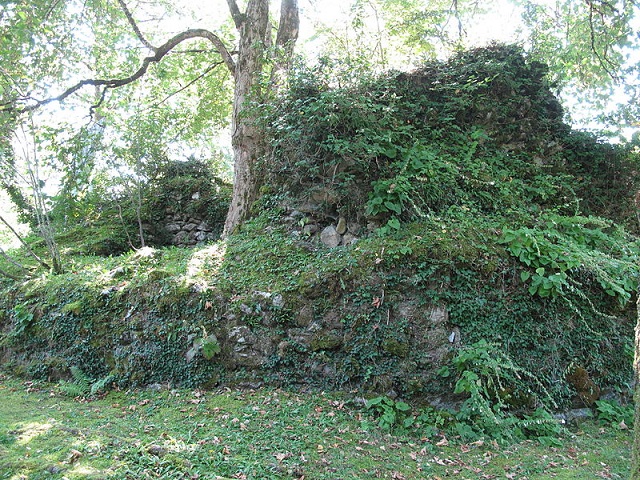 Location: Samoëns, in the Ain departement of France (Rhone-Alpes Region).
Built: 13th century.
Condition: --.
Ownership / Access: --.
Notes: The castle of Montagnier is an ancient castle, probably from the thirteenth century, whose ruins stand in the commune of Samoëns in the department of Haute-Savoie, in the Auvergne-Rhône-Alpes region. Between the fourteenth and sixteenth centuries, it was the seat of a châtellenie. Since 1906, it has been integrated into the La Jaÿsinia alpine botanical garden.The castle settled on a natural clod with a steep slope easy to defend. The set is however rather summary. Nowadays, only an ancient, almost circular enclosure with a circumference of 75 meters is visible, which takes up the curves of the clod. The Samoëns châtellenie accounts, preserved in the Savoie Departmental Archives, enable us to know the different works carried out on the castle from 1355, over a period of 165 years. They allowed archaeologists to reconstitute the castral organization. The fortification thus consisted of one or two houses, "a small and a large prison, several rooms with wooden ceilings, a large room called the Chamber (aula), and wooden staircases". The main entrance was to the east. To the west, there was an opening, called "the arch". The building had a 3 meter tower per 417.