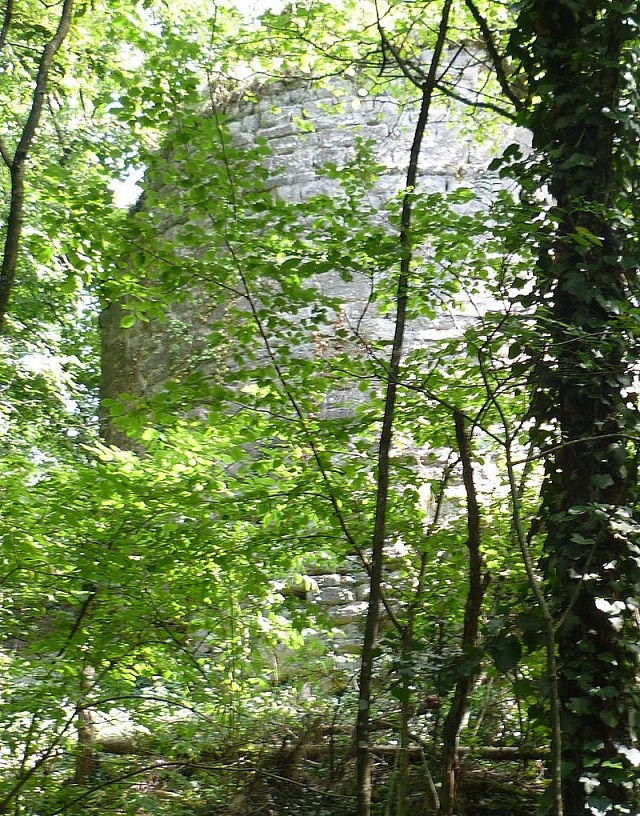 Location: Versonnex, in the Ain departement of France (Rhone-Alpes Region).
Built: 1319.
Condition: Ruins.
Ownership / Access: --.
Notes: The castle of Crête, locally known as the tower of Crete, is an ancient castle, of which there are only ruins, which stands on the town of Versonnex, in the department of Haute-Savoie and the Auvergne-Rhone-Alps region.The castle of Crete is attested in 1319. In unknown circumstances the Count of Geneva demolished it shortly after this date. On the 5th of September, 1333, Rodolphe d'Hauteville, knight, co-creator of the place, paid homage to the Count of Geneva. On account of this homage, the count gave him "twenty annual land-grants of income on all he possesses in the parishes and towns of Lionneguette, Syons and Versonnes, with power to build a fortified house or castle near Versonnes , At the place called Crestaz (Creste) "on the site of the castle which the count had demolished. The lords of Hauteville came to live in the castle of Crete after abandoning their castle of Hauteville-sur-Fier to the Counts of Geneva. The lordship of Hauteville stretched out on Versonnex and Sion where they exercised their right of high justice. In 1434 Catherine of Hauteville, Dame of Hauteville and Crête, marries Guillaume de Thoire. The castle belonged successively to the lords of Hauteville, the House, Sion, Monfort and Chabod. In 1646 the castle of Crete belonged to Pierre-Amé de Monfort, lord of Versonnex and baron of Crete. In his will one of the last barons of Crete indicates the number of bishops who will have to attend his funeral and states: "And when they are well satisfied each one will receive five Aces from Paris." In 1681 a minutary indicates that the Barons of Crete had right to the tongues of all the cattle of the Clermont Mandement. A chapel of the fourteenth century, adjoining the church of Versonnex, was the chapel of the lords of Crete. Originally placed under the name of Saint Anthony, it is now known as the "chapel of Rolland".The castle formed a rectangle flanked by a tower at each corner. Its dimensions were 56 meters by 28 meters. The walls were two meters thick. The towers, with an internal diameter of 3.30 meters, were 2.50 meters thick. Only the two northern towers remain partly in the forest. They reach a height of six to seven meters.