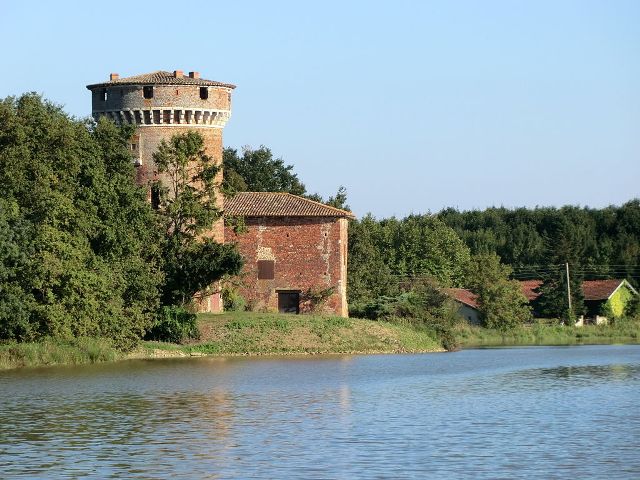 Location: Le Plantay, in the Ain departement of France (Rhone-Alpes Region).
Built: 14th century.
Condition: In good condition.
Ownership / Access: Privately owned.
Notes: The castle Plantay is an ancient castle, founded around 1305 by the knight Hugues Plantay, center of the Lordship of Plantay, which stands on the town of Plantay in the Ain department in the region Auvergne-Rhône-Alpes, whose tower is the remnant. The tower and the annex building are the subject of a registration as historical monuments by order of 29 January 1991.The medieval tower of Plantay, large cylindrical tower, built with brick frames and limestone battlements, and a neighboring building, are the remains of a castle of the fourteenth century.