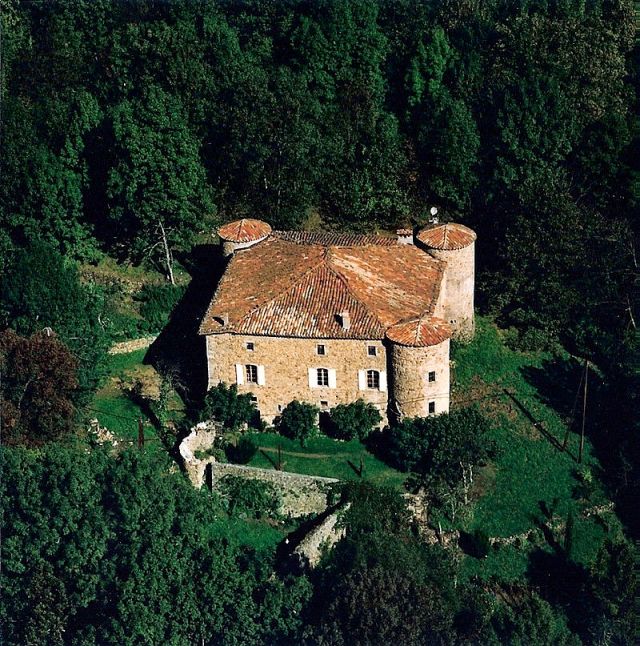 Location: Fabras, in the Ardèche departement of France (Rhone-Alpes Region).
Built: 12th century.
Condition: In good condition.
Ownership / Access: Now a museum, open to public.
Notes: Château du Pin was built in the twelfth century by the Chanaleilles and was significantly modified in the sixteenth century. The place then acquired a dual function: military, with the addition of defensive towers; but also with agricultural crops in the field. The Château du Pin is typical of fortified houses of the Ardèche Cévennes. mountainside built, the castle is surrounded by contemporary gardens, chestnut trees and dry stone terraces. The set is now a site devoted to contemporary art, open to the public since 1994 as a museum.