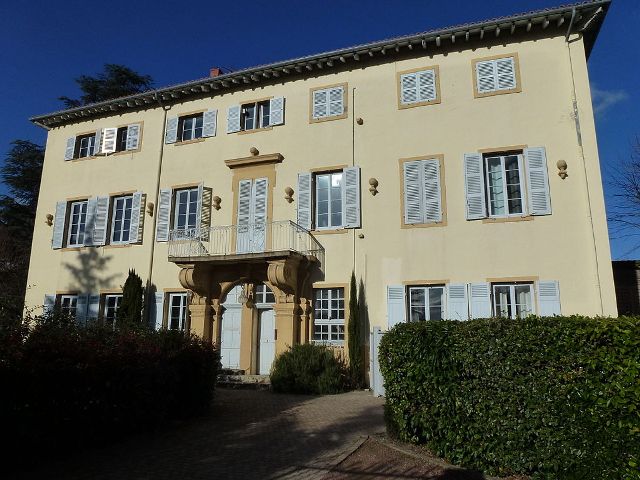 Location: Saint-Didier-au-Mont-d'Or, in the Rhône departement of France (Rhone-Alpes Region).
Built: 17th century.
Condition: In good condition.
Ownership / Access: Condominium.
Notes: The Château du Mont d'Or is located in the municipality of Saint-Didier-au-Mont-d'Or in the Rhône; it dominates the hamlet of Fucharnière at an altitude of 320 meters. This building, commonly known as the castle is actually a country house built in the seventeenth century; one of its first owners got crowned with battlements of the walls closing, hence perhaps the name. Construction, often compared to a Roman villa, comprises three main buildings forming a U; it rises on three levels and is topped by a gazebo of three bays on, off on three sides by the rest of the building. The low slope roof is tiled. At the center of the main facade of seven bays, south facing balcony is supported by two imposing consoles resting on pillars.