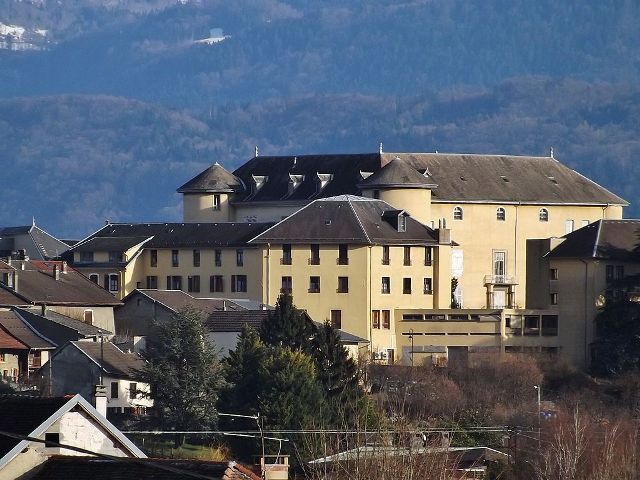 Location: Le Châtelard, in the Savoie departement of France (Rhone-Alpes Region).
Built: 11th century.
Condition: Ruins.
Ownership / Access: --
Notes: The Château du Châtelard is an ancient castle of the eleventh century, the center of the Lordship of Châtelard and seat marquisate in 1639, the remains of which stand in the town of Châtelard in the Savoie department in the Rhône-Auvergne region Alps. The castle occupied l`extrémité north of the mound. Châtelard castle is in the form of an enclosure is controlled by two remote cylindrical towers 40 meters protecting the path. The courtyard is located to the south. It would remain underground which tradition said to be considerable. In 1730, it remained the access road to the north, the enclosure wall and the two towers. In the nineteenth century, they were ruined at ground level. Today, the castle has only a few vestiges, including the enclosure and a semicircular tower, scattered vegetation and stairs carved into the rock.

How To Get To Château du Châtelard (Map):