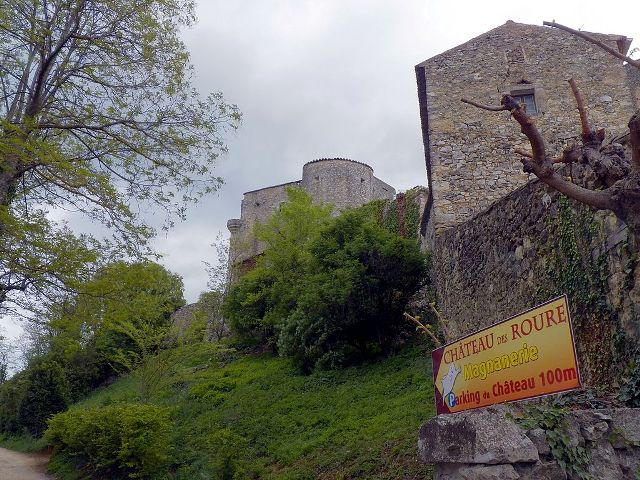 Location: Labastide-de-Virac, in the Ardèche departement of France (Rhone-Alpes Region).
Built: 16th century.
Condition: In good condition.
Ownership / Access: Privately owned.
ISMH Reference Number: PA00116717
Notes: Château des Roure is located in the town of Labastide-de-Virac in the south of the Ardèche.Hotbed of religious wars until the revolt of the Camisards, the Château des Roure was built in the late fourteenth and early fifteenth century. It belonged to Pierre de Beauvoir Family Grimoard Roure until 1825. The Duke of Rohan was hosted in 1628 by the Count du Roure, Huguenot owner of the castle. In 1629, Louis XIII and Richelieu are shaving defensive parts of the castle and the ramparts of the village. After the revocation of the Edict of Nantes in 1685, Count of Roure abjured the Protestant religion and became a Catholic. In 1703, Jean Cavalier, takes the castle of La Bastide-de-Virac and burns the church. The castle is open to the public in 1975. The facades and roofs of the castle courtyard, staircase and fireplaces on the ground floor and the hall of the first floor are classified as historical monuments by order of 20 March 1978.

How To Get To Château des Roure (Map):