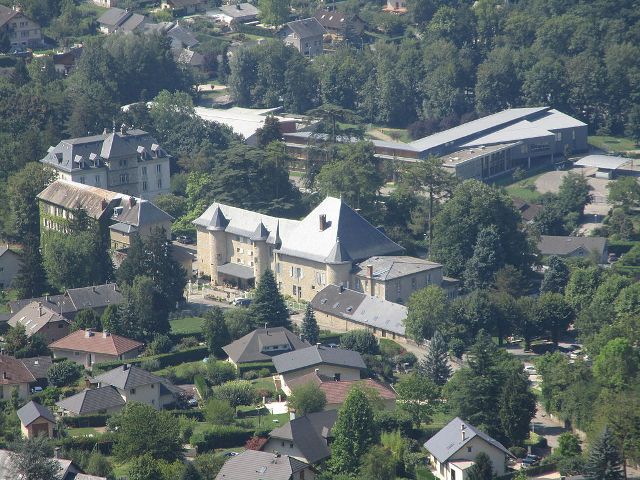 Location: Challes-les-Eaux, in the Savoie departement of France (Rhone-Alpes Region).
Built: 13th century.
Condition: In good condition.
Ownership / Access: Famille Trèves.
Notes: The Château des Comtes de Challes is a thirteenth century castle located in France in the town of Challes-les-Eaux, in the Savoie region in Auvergne-Rhône-Alpes. The castle was built in the thirteenth century by Stephen of Challes. In 1590, Louis de Challes died without direct heir, becoming the last descendant of Stephen. The castle was sold to Louis Milliet four years later, making appear the Milliet line Challes. Abandoned by its owners during the French Revolution, it was sold as national property to Jacques-Antoine Balmain, a lawyer from the court of Grenoble, one of whose daughters married Louis Domenget, the doctor who in 1841 discovered the source to the origin of Hydrotherapy in Challes-les-Eaux. In 1871 it was bought by the "Mineral Water Company Challes" who built a building around the keep and renames all "Hotel du Chateau" Since 2002 it belongs to the family Treves used as hotel and restaurant as the "Château des Comtes de Challes."

How To Get To Château des Comtes de Challes (Map):