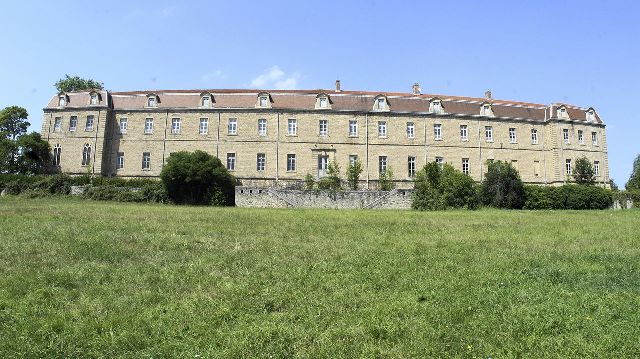 Location: Colombier-le-Cardinal, in the Ardèche departement of France (Rhone-Alpes Region).
Built: 12th-17th century.
Condition: In good condition.
Ownership / Access: Owned by a private company.
ISMH Reference Number: PA00116690
Notes: Château des Célestins is a castle located in Colombier-le-Cardinal, in the department of Ardeche, France.The castle-monastery of Colombier-le-Cardinal was already the twelfth and thirteenth centuries as an important point of defense and refuge. It was in the possession of the family-Colombier Malatour Annonay. One of them, Pierre de Colombier, Cardinal, Bishop of Ostia, then Papal Legate (this is the title that crowned Emperor Charles IV in 1355) is responsible for establishing Celestine to the castle. According to his testamentary wishes, Celestins a religious community is established at the castle until his death in 1361. The arms of Colombier Celestine, like those of all the Celestine of France, wearing a gold cross with a silver S field azure, accompanied by two lilies of the same. At a time of religious wars in the 1560s, the Huguenots destroyed the monastery of Colombier, while real headquarters and refuge for Catholics. After the pacification of Nantes edict in 1585, the monastery was almost completely rebuilt in 1655. Then, the Celestine order not conforming more to the rules of St. Benedict, the founder, was removed in 1773. The castle-monastery Célestins of Colombier-le-Cardinal is then closed in 1778. In 1790 the Célestins castle buildings were sold as national property to Monneron brothers. Then in 1859, the castle and the adjacent land is sold to the family of Barou The Lombardière Canson. In 1961 Canson family sold the castle and adjoining land to Saint-Gobain and in 1982, the Saint-Gobain company sells the castle and lands in joint association of the Ardèche equipment, which is leased to the departmental Federation of rural family associations. The building is partly classified as historical monuments in 1963.