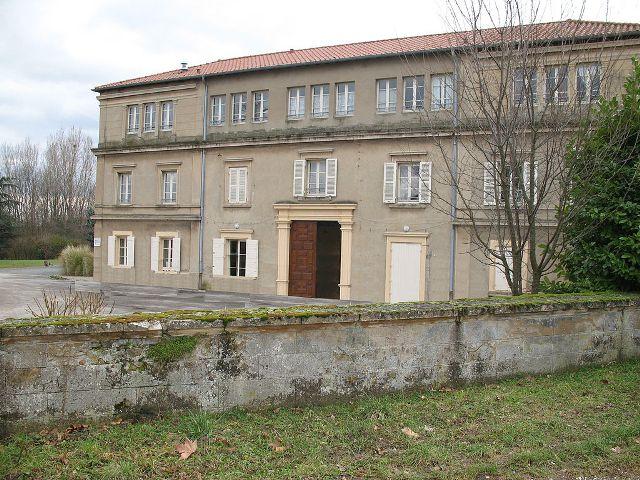 Location: Chaponost, in the Rhône departement of France (Rhone-Alpes Region).
Built: 17th century.
Condition: In good condition.
Ownership / Access: Private property.
Notes: The Château des Cartières is a castle of the 4th quarter of the seventeenth century, rebuilt in the nineteenth century that stands in the town of Chaponost in the Rhône department in Auvergne region Rhône-Alpes. The castle of Cartières is located in the French department of the Rhone in the town of Chaponost, on flat ground. At the end of the seventeenth century instead of the owners are Antoine Cartier, a citizen of Lyon and his wife Catherine Pellissier; their daughters, Frances and Cecilia inherit. In 1719, Cécile Cartier donated the domain to the Charity Hospital of Lyon; a clause prohibits resale. In 1732, despite Cécile Cartier will, the property is sold to Lyon merchant Jean-Baptiste Chazattes. In 1774, Bartholomew Cazot acquires ownership; his family held until 1955. The area then becomes a center of African Missions of Lyon. The various buildings, which date from the nineteenth century, form a square defining an interior courtyard. The main building, which originally consisted of a ground floor and first floor topped by a terrace, was raised in pavilions flanking; the terrace was replaced by a tiled roof. Common were built in the south and west. The wooded park covers 12 hectares. The castle is privately owned and not open to visitors.

How To Get To Château des Cartières (Map):