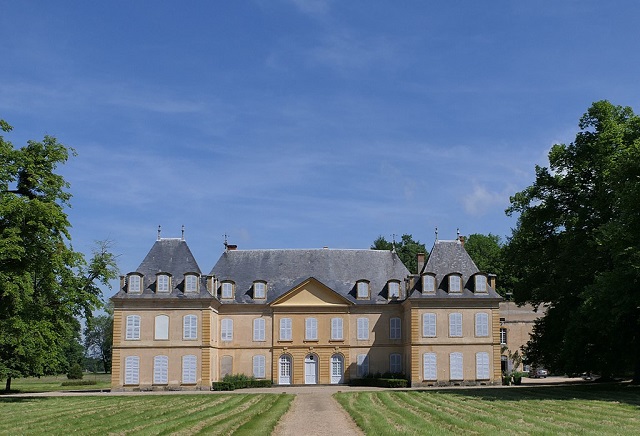 Location: Vougy et Pouilly-sous-Charlieu, in the Ain departement of France (Rhone-Alpes Region).
Built: --.
Condition: --.
Ownership / Access: Private person.
Notes: The castle of Vougy is a castle of the seventeenth century, located on the communes of Vougy and Pouilly-sous-Charlieu in the department of Loire, in Auvergne-Rhône-Alpes. This castle presents beautiful classical facades in a landscaped park: alleys, water features, groves. The castle is classified under historical monuments by decision of December 24, 1980, followed by a partial registration by order of March 21, 1997.The castle was built in the seventeenth century (from 1736 to 1748 for the central part) from a stronghold, by Jean-Marie Michon de la Farge. It was the subject of an important restoration at the end of the nineteenth century by Count Michon de Vougy, who preserved its environment in the spirit of the eighteenth century.