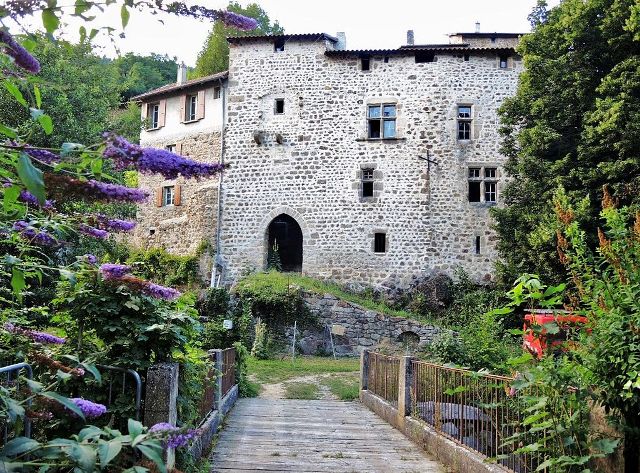 Location: Vocance, in the Ardèche departement of France (Rhone-Alpes Region).
Built: 15th-16th century.
Condition: In good condition.
Ownership / Access: Privately owned.
ISMH Reference Number: PA00116867
Notes: Castle Vocance is a castle located in Vocance, France. Place of refuge and justice, the castle was administering the five municipalities of the Vocance Valley. Its buildings were more numerous than today and were a small walled city, dominated by a tower on the left bank of the Cance. The site belonged to different families, then its decline has followed that of feudalism. It remains in this set especially its entrance buildings on the banks of the river, their current owner gradually restores. The site is listed as a historic monument since 1986. It hosts occasional early music courses.The building is registered as historical monuments in 1986.