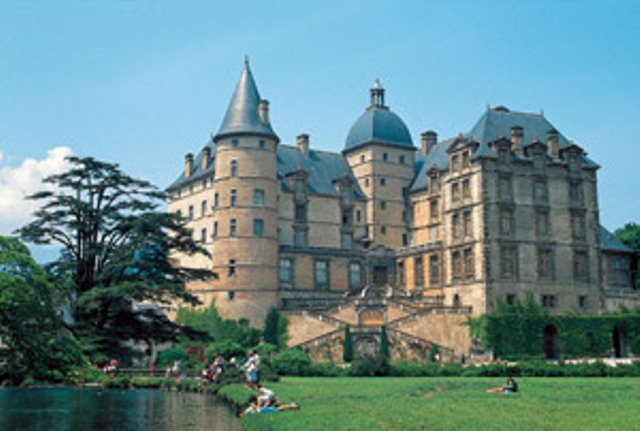 Location: Vizille, in the Isère departement of France (Rhone-Alpes Region).
Built: 17th century.
Condition: In good condition.
Ownership / Access: Owned by the department.
ISMH Reference Number: PA00117357
Notes: Château de Vizille is a hundred-hectare park in which is located the Lesdiguières castle, which houses the Museum of the French Revolution. The castle of the seventeenth century stands in the town of Vizille in the Isère department in Auvergne-Rhône-Alpes region. Following Day Tiles in 1788, the castle was the venue of the Meeting of the States General of the Dauphiné who would lead the French Revolution. It is the subject of a classification as historical monuments by the list of 1862. The house and mill located near the castle and the wall closing the entire field were the subject of a registration as historic monuments by order of 3 October 1989. the courtyard and the park were the subject of a classification as historical monuments by order of 23 August 1991.

How To Get To Château de Vizille (Map):