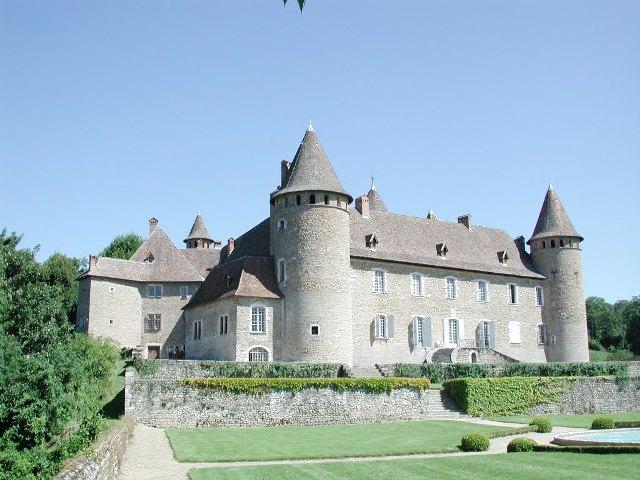 Location: Virieu, in the Isère departement of France (Rhone-Alpes Region).
Built: 11th-18th century.
Condition: In good condition.
Ownership / Access: Privately owned.
ISMH Reference Number: PA00117355
Notes: Château de Virieu is an ancient castle of earth turned into stone from the early eleventh century, probably around 1010, remodeled several times since that stands in the municipality of Virieu in the Isère department in Auvergne region-Rhône Alps. Under the historical monument; all the facades and roofs of the castle are the subject of a registration by order of 9 March 1965 the forecourt, entrance towers, west and south parterres, terraces retaining walls and the loft are the subject of a registration by order of 17 July 1990.

How To Get To Château de Virieu (Map):