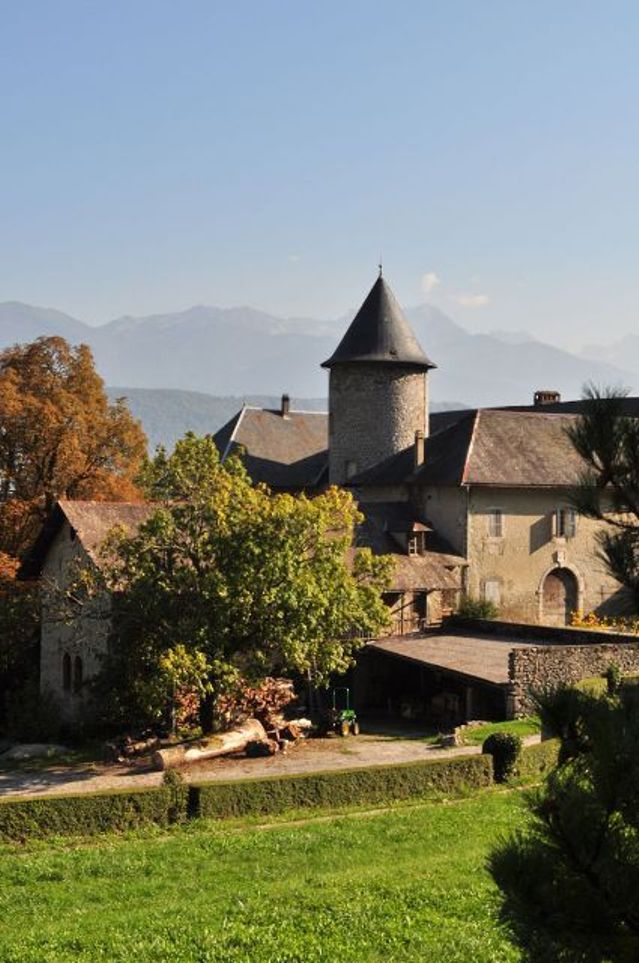 Location: Cruet, in the Savoie departement of France (Rhone-Alpes Region).
Built: 13th century.
Condition: In good condition.
Ownership / Access: --
Notes: Château de Verdun-Dessus is an ancient castle of the thirteenth century, modernized center of the Lordship of Verdun, which rises above the hamlet of Barratry, in the municipality of Cruet in the department Savoie region Auvergne-Rhône-Alpes. The castle features the shape of an L; a recessed round tower, capped pepperpot, occupies the inside corner and dominates the rest of the height of buildings. The house, top two floors on the ground floor, are slated. The portal to the inner courtyard, topped by a coat of arms of Cagnol is the seventeenth century. Inside one of the rooms on the first floor, has retained a painted frieze of scrolls in grisaille, also the seventeenth century, under a French ceiling. Note that a stone found, fragment of a fireplace, wearing the coat of arms carved family of Verdun.