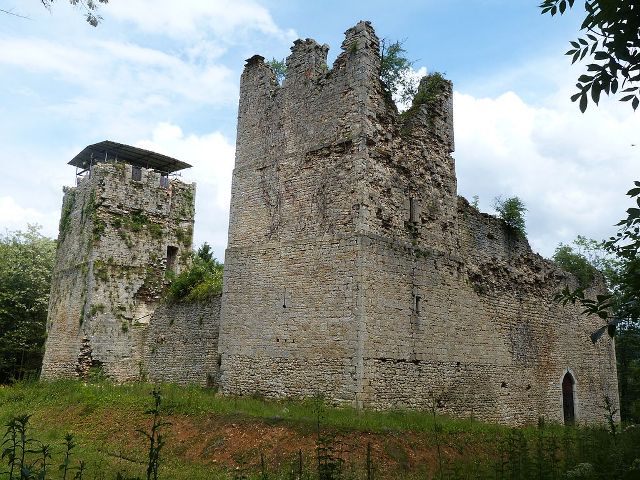 Location: Neuville-sur-Ain, in the Ain departement of France (Rhone-Alpes Region).
Built: 14th century.
Condition: Ruined.
Ownership / Access: Privately owned.
ISMH Reference Number: PA00116443
Notes: Château de Thol is an ancient castle, mentioned since the fourteenth century, the center of the Lordship of Thol, the ruins stand in the town of Neuville-sur-Ain in the department of Ain Rhône-Auvergne region Alps. The remains of the castle are the subject of a registration as historical monuments by order of 22 February 1927.Dated fourteenth century castle built on a hill adopts a quadrangular about 32 meters wide and is surrounded by dry moats. Two square towers stand at the northwest and southwest corners. The house is arranged around a courtyard.

How To Get To Château de Thol (Map):