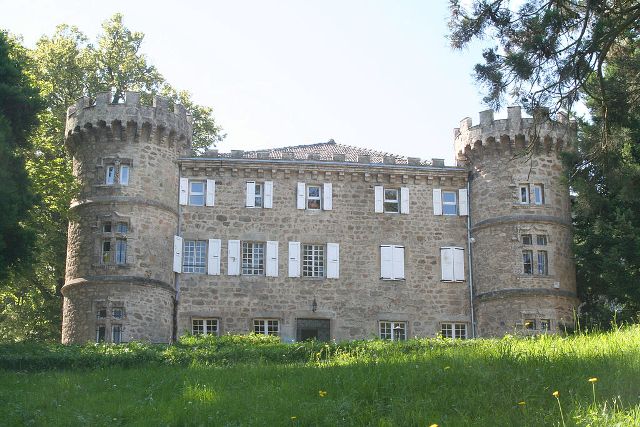 Location: Saint-Barthélemy-Grozon, in the Ardèche departement of France (Rhone-Alpes Region).
Built: --
Condition: In good condition.
Ownership / Access: --
Notes: Château de Soubeyran is located in Saint-Barthélemy-Grozon in the Ardèche in France. Hector de Soubeyran Saint-Prix, Judge of the Criminal Court of Justice of the Ardèche, was a member of the Ardèche during the Revolution. The castle was bought in 1947 by the Federation of Secular Works Ardèche who set up a summer camp and then in 1949 it implanted a secular childhood home that will become Medico-Pedagogical Institute for young people with mental disabilities light and medium.