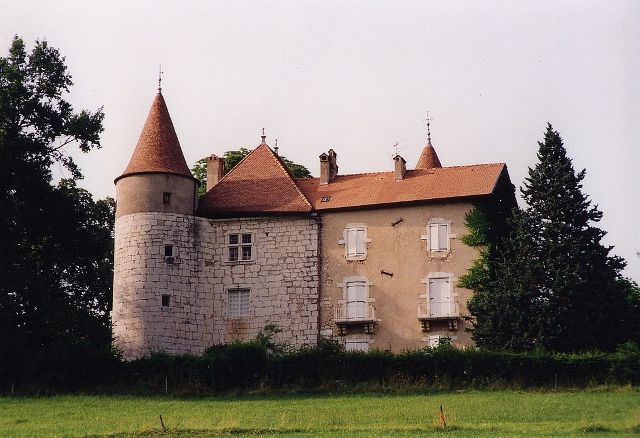 Location: Yenne, in the Savoie departement of France (Rhone-Alpes Region).
Built: 13th century.
Condition: In good condition.
Ownership / Access: --
Notes: Château de Somont, formerly Soubmont and Sousmont or Submons, etymologically "under the mountain", is a former stronghold of the thirteenth century, rebuilt in the nineteenth century, the Middle Ages, seat of the lordship of Somont, erected in county in 1733, which stands on the commune of Yenne a French commune in the Savoie region in Auvergne-Rhône-Alpes. One enters the courtyard through a porch arch in third point of the thirteenth century. The castle, exposed stone, meanwhile, comes in the form of a quadrangular body home, flanked by two round towers. One dating from the fifteenth century and the enhanced cement the thirteenth century. The castle has retained some of its mullioned windows, which, on the side façade, at sunset, a mullioned window emblazoned with the sixteenth. Inside, remains, wooden ceilings and large fireplaces. The castle was the object at the end of the nineteenth century in a rather unfortunate restoration, including two towers.