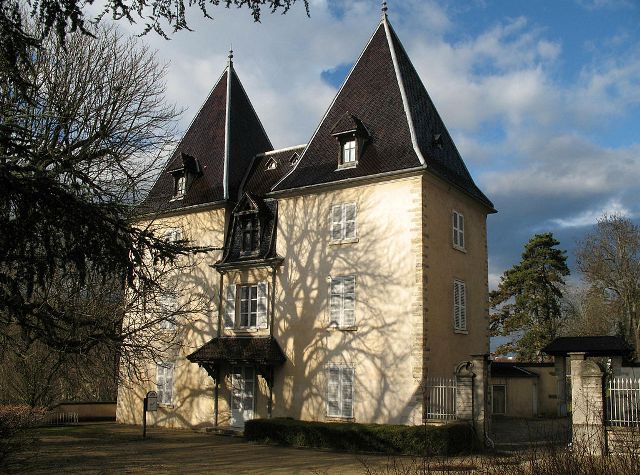 Location: Limonest, in the Rhône departement of France (Rhone-Alpes Region).
Built: 12th century.
Condition: In good condition.
Ownership / Access: --
Notes: The Château de Sans-Souci is a building located in the municipality of Limonest, in the city of Lyon. The castle built in the seventeenth century, up from the nineteenth century to the Roux family Bézieux .. Acquired by a developer in 1972, the castle offers 1973-1976 school Sunflower, which experiences a pedagogy based mode free choice of children. Today, the building is a place for organizing events in the heart of a BIA to which he gave his name. The construction consists of two buildings forming an L. The first, facing north (courtyard) - South (park) is extended by two pavilions capped steep roofs. The central body, limited to a span, projects in northern façade. The west facade of the second main building is preceded by a terrace draws two round towers.