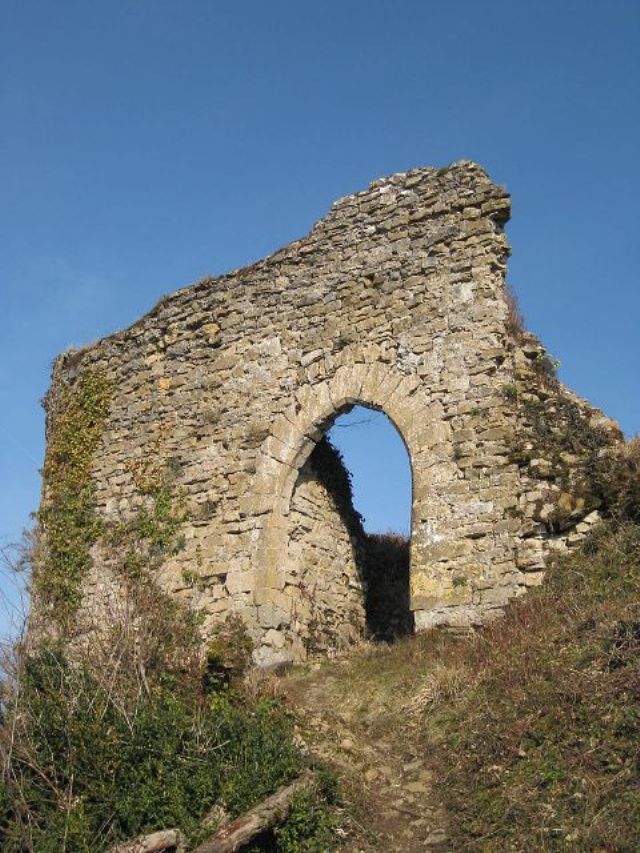 Location: Ambérieu-en-Bugey, in the Ain departement of France (Rhone-Alpes Region).
Built: 12th-14th century.
Condition: In good condition.
Ownership / Access: Privately owned.
Notes: The Château de Saint-Germain is a former castle, founded in the twelfth century, the ruins stand in the town from Ambérieu-en-Bugey in the department of Ain, in region Auvergne-Rhône-Alpes. It was the center of the manor and the lordship of Saint-Germain-d'Ambérieu. The castle was the heart of the clashes that indulged in Bugey, the counts of Savoy and the Viennese dolphins in the thirteenth and fourteenth centuries. The castle of Saint-Germain is shown in one of five fresquesNote 8 conserved castle of the Scales tour. One of them, restored, shows particular round of Scales within a perspective aligning the tower of Saint-Denis and the castles of Saint-Germain and Allymes.