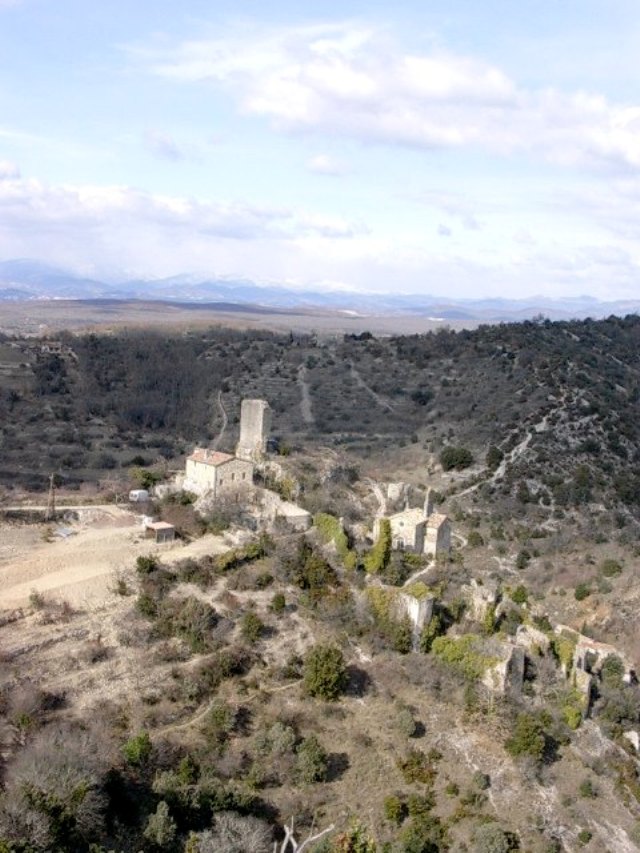 Location: Rochecolombe, in the Ardèche departement of France (Rhone-Alpes Region).
Built: 12th-17th century.
Condition: Ruins.
Ownership / Access: --
Notes: The remains of Château de Rochecolombe are on the eponymous municipality, a limestone region in the Ardèche department. Built in the twelfth century by the lords of Ucel, there is only a pan of the hexagonal tower. also remain some ruins of defensive elements: turrets, walls and door; and the castle chapel remained intact.