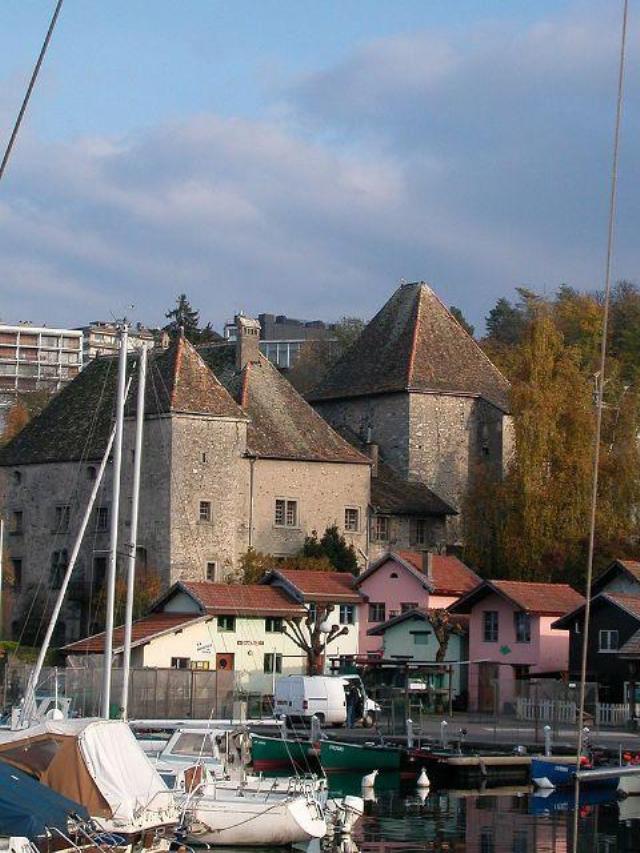 Location: Thonon-les-Bains, in the Haute-Savoie departement of France (Rhone-Alpes Region).
Built: 14th-18th century.
Condition: In good condition.
Ownership / Access: Owned by the town.
ISMH Reference Number: PA00118455
Notes: Château de Rives or Château de Montjoux is a former stronghold of the fourteenth century that stands in Rives-sous-Thonon, the town of Thonon-les-Bains, a French town in the Haute-Savoie department in Auvergne -Rhône Alps. The facades and roofs of the castle and the courtyard and portal subject to registration as historical monuments since June 28, 1932. Built by the family of Greysier possible cadet branch of the House of Faucigny, the stronghold pass by marriage to the family of Rovorée. In the early fifteenth century, the castle was bought by the provosts of the Congregation of Great St. Bernard, who have many other homes in Rives, in order to be closer to the Savoy installed at that time in Castle of Ripaille, near Thonon. It was at this time that he takes the name of Montjoux. The castle suffered a fire in 1557. In 1752, when the provost of the Great Saint Bernard (or Montjoux) is dismembered, the castle was seized by the Order of Saints Maurice and Lazarus, as well as other assets in the region, as the Priory Meillerie, before being sold to the Earl of Sonnaz in 1791. During the French Revolution, the castle was requisitioned and used for industrial activities (tanning and pottery). It becomes a private residence in 1920. During World War II, the castle was requisitioned to house troops. Finally, it is sold in 1999 to the town of Thonon.