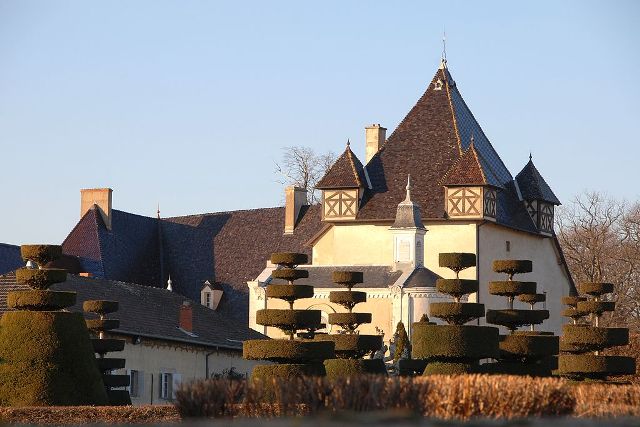 Location: Saint-Jean-d'Ardières, in the Rhône departement of France (Rhone-Alpes Region).
Built: 11th century.
Condition: In good condition.
Ownership / Access: Owned by a private company.
ISMH Reference Number: PA00118043
Notes: Château de Pizay is an old fortress, founded in the late fourteenth century, which stands near a Renaissance house, in the municipality of Saint-Jean-d'Ardières in the Rhône department in Rhône-Alpes region . The castle, located in the Beaujolais region, is among the oldest strongholds in the region. The castle is the subject of a partial registration as a historic monument by order of 5 September 1972. Only the facades and roofs of the keep, the round tower and wing Henry III and the dungeon stairs are registered.There remains of the medieval stronghold: the Tanay Tour "dungeon" square with four corner turrets built around 1030, a circular staircase tower and enclosure built around 1070, the close of a Renaissance house and a nineteenth-century chapel.