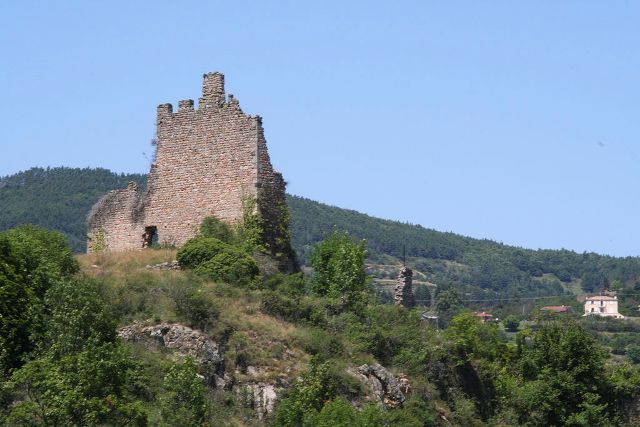 Location: Lamastre, in the Ardèche departement of France (Rhone-Alpes Region).
Built: 10th century.
Condition: Ruines.
Ownership / Access: --
Notes: Château de Peychelard remains are located in the municipality of Lamastre in the Ardèche department.On a spur supervisor gentle, Grozon and Condoie, the castle was built in the tenth century by the lords of La Mastre. After passing through several hands it is left to the death of the last Lord in 1792. He became a stone quarry for the construction of the lower town.