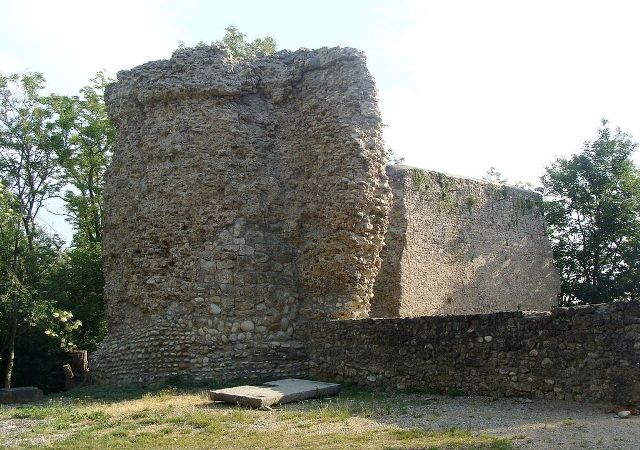 Location: Montluel, in the Ain departement of France (Rhone-Alpes Region).
Built: 11th-13th century.
Condition: Ruins.
Ownership / Access: Privately owned.
Notes: Château de Montluel is a former castle, founded in the late eleventh century or the beginning of the twelfth century by the family of Montluel, center of the Lordship of Montluel, the ruins stand in the town of Montluel in the department Ain region Auvergne-Rhône-Alpes.The castle ruins are now used as open-air theater.At the end of the eleventh century it is only a few houses clustered near an ancient castle owned by gentlemen of the name and arms of Montluel. Castle Montluel is reinvigorated in the late sixteenth century, and in August 1600 it was partially destroyed, like Miribel during the Franco-Savoyard War. The few remaining ruins are used today as a theater of greenery and is notably one of the places of representations used by the festival "in Seaside Stories".