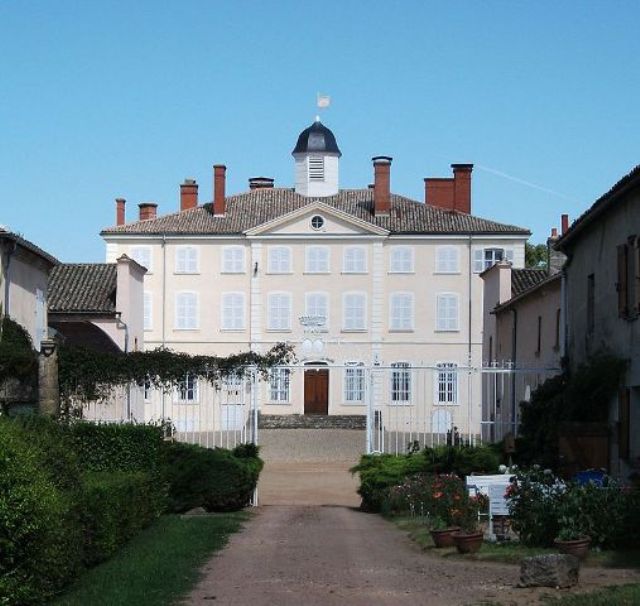 Location: Saint-Georges-de-Reneins, in the Rhône departement of France (Rhone-Alpes Region).
Built: 18th-19th century.
Condition: In good condition.
Ownership / Access: Private property.
ISMH Reference Number: PA69000002
Notes: Château de Laye is a French site classified as historical monuments (buildings and grounds), located in Saint-Georges-de-Reneins (sometimes it is placed in Arnas but only part of the park there), it was built by Epinay family around 1760. It is located in the center of a vast area whose various elements are remarkably preserved. The castle is a square building with pediments which is in the form of an advanced body building and a large porch with double revolution. The castle forms the end of a large courtyard enclosed by five grids (these are also classified). It is separated by another court of a large chapel (also of the eighteenth century) in the Beaujolais ocher stones, supported by twelve foothills. The park remodeled in the Romantic style in 1853 by Paul Lavenne of Choulot shows the characteristics of the parks' landscape and farm "made by the creator. It covers 22 hectares and has very different views based on hours and seasons. The main element is a long piece of water having a romantic part with an island and another straight portion lined with a double row of plane forming an arch above water. Botanical plants and a vegetable supplement it. The park is listed since 1992 on historic monuments and the "remarkable garden" of France.

How To Get To Château de Laye (Map):