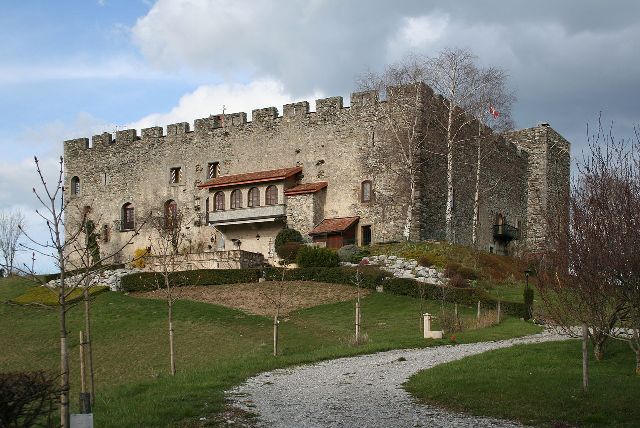 Location: Larringes, in the Haute-Savoie departement of France (Rhone-Alpes Region).
Built: 10th century.
Condition: In good condition.
Ownership / Access: Private property.
Notes: Château de Larringes is an old fortress, the tenth century, rebuilt in the fourteenth century, which stands in the Country of Gavot the town of Larringes in the department of Haute-Savoie region Auvergne-Rhône-Alpes. The castle is in the form of a quadrangular originally moated of 23 × 35 meters wide which rely on three home around a courtyard. It is accessed from the southeast side by a door defended by a gatehouse that overlooks a large square tower 8 meters side by dungeon office. Inside it, the apartments feature carved ceilings. A gatehouse were embedded in two towers protected access. The castle was significantly modified in 1884 and ditches filled at that time. Today, private property, the castle is not open to public.