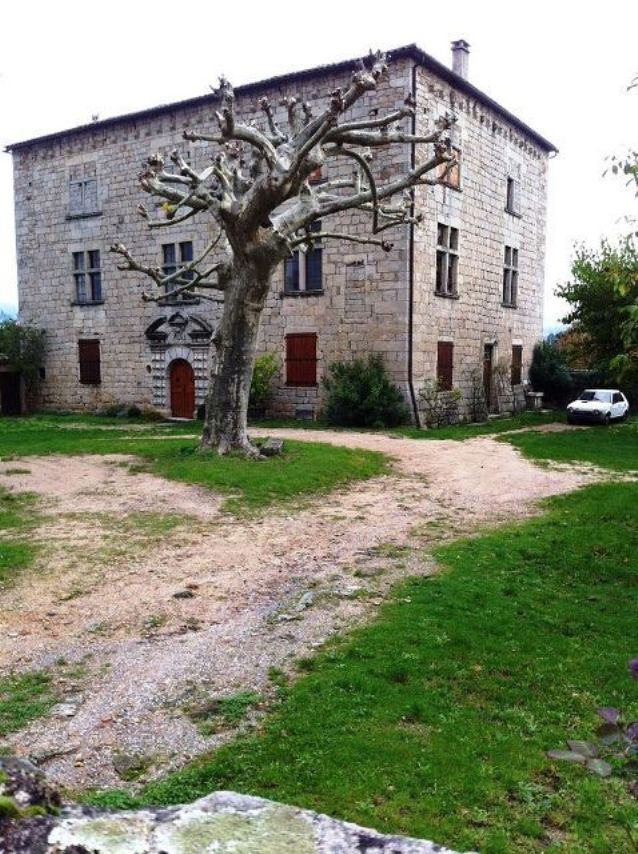 Location: Lablachère, in the Ardèche departement of France (Rhone-Alpes Region).
Built: 11th-15th century.
Condition: Ruined.
Ownership / Access: --
Notes: The Château de la Saumès is located in the town of Lablachère. It is a large square building in the imposing gate. For a long time owned by the family of Chanaleilles l`acquisition who had made during the sale of goods by the Princess Marie-Louise de Rohan-Soubise, Countess of Marsan heir to the family of Joyeuse in 1788. Sold then repurchased nineteenth century, it served as a refuge to time expelled from the Oblates of Mary Our Lady of Good Help. Sold to a Mr Charousset 1850, it was bought by a Chanaleilles heir. It served as a school for brothers. It was the scene of an episode of the revolt of the Armed masks during the seventeenth century.