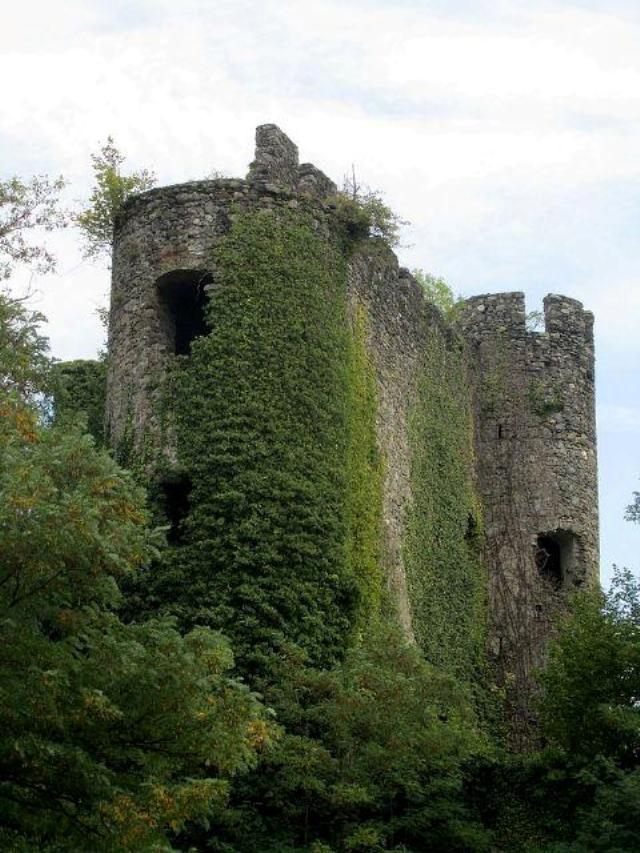 Location: Lully, in the Haute-Savoie departement of France (Rhone-Alpes Region).
Built: 13th century.
Condition: Ruins.
Ownership / Access: Privately owned.
ISMH Reference Number: PA00118405
Notes: The Château de la Rochette is an ancient castle of the middle thirteenth century, destroyed in 1590, the remains of which stand in the municipality of Lully in the department of Haute-Savoie region Auvergne-Rhône-Alpes. The remains of the castle are the subject of a registration as historical monuments by order of 11 May 1932, the castle is located in the French department of Haute-Savoie, in the municipality of Lully, north-east, the limit of the town of Perrignier, on an isolated rock that surrounds the stream of Mosses. The castle was built by the lords of Cervens the middle of the thirteenth century. It is ruined in 1590, and the nineteenth century walls and the rock served as a career. The castle of Rochette is in the form of a polygonal enclosure flanked north a cylindrical tower and south two round towers at the corners. Admission is done on this side is preceded by a low enclosure.