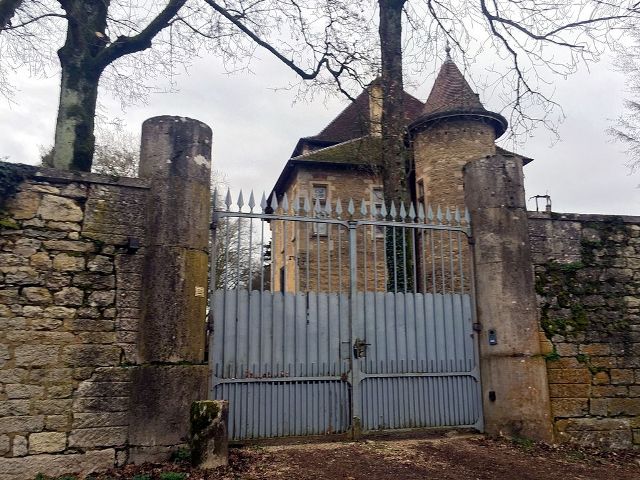 Location: Saint-Martin-du-Mont, in the Ain departement of France (Rhone-Alpes Region).
Built: --
Condition: In good condition.
Ownership / Access: Privately owned.
Notes: Château de La Roche is a castle located in Saint-Martin-du-Mont in the Ain in France.The castle of La Roche in the Middle Ages was the stronghold of the local manor owned by the family The Palu. In 1300 Pierre La Palu off the lordship of the Varambon and sends his son Humbert La Palu. It remained in the family until the sixteenth century Palu and its transmission to Claude Rie, marquise Varambon and Countess of Varax it transmits itself to Jean-François Berliet already possessor Castle Chiloup. At his death, the castle of Chiloup is transmitted Etienne Berliet and La Roche to his nephew Jean D'Ivoley. The field remains in the family until 1807 and D'Ivoley transmission Charles O'Brien. The son of John of Ivoley - Jean-Pierre Ivoley - was behind the creation of the nearby Notre-Dame de l'Orme on the field: he wished his building on his bed death trusting in his wife Angélique.