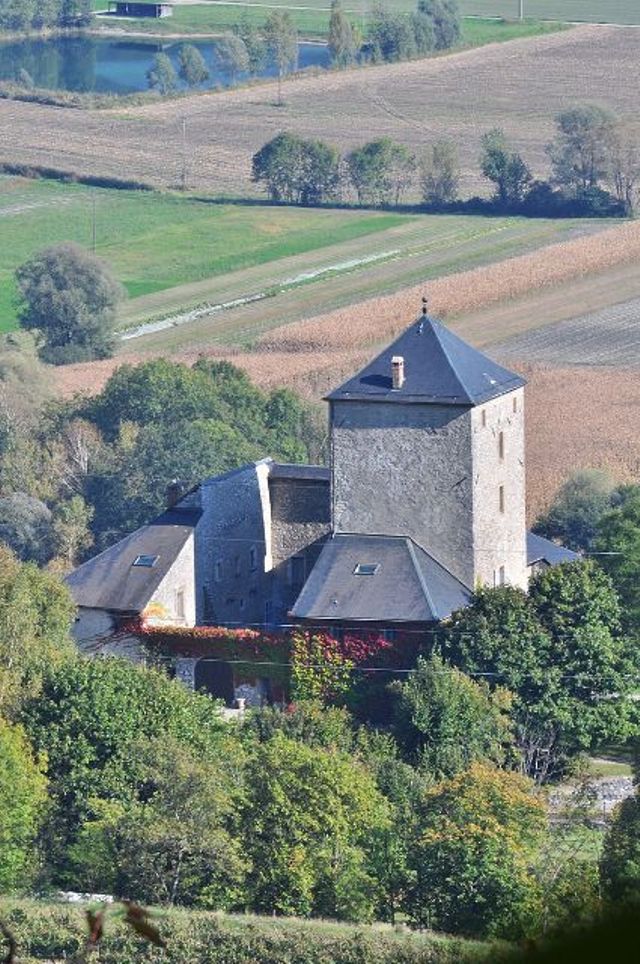 Location: Cruet, in the Savoie departement of France (Rhone-Alpes Region).
Built: 13th century.
Condition: In good condition.
Ownership / Access: Seminar and reception center.
Notes: Château de la Rive or château de Verdon Dessoubs is a former stronghold of the thirteenth century, much altered in the early twentieth century, the center of the Lordship of Verdon, which stands in the hamlet of Barratry, in the municipality of Cruet in the Savoie region in Auvergne-Rhône-Alpes. Strong house wife as a U, a wall, which is not original, farm courtyard. The oldest part is a dining square tower of the late thirteenth century or early fourteenth century, which came to about supported other buildings. Despite a major reshuffle of the early twentieth century, there are still a number of old openings braces and basements whose vault is supported by round columns Stone. In April 1985, were discovered a remarkable collection of Romanesque murals, registered and restored, they are now exposed to the Savoyard Museum at Chambery. High of 1.30 m, it appears, by fighting cross and planting a Count of Savoy. It could be the Count Amadeus III of Savoy, died in Cyprus, an ascendancy of Verdun, William of Chignin, accompanied him.

How To Get To Château de la Rive (Map):