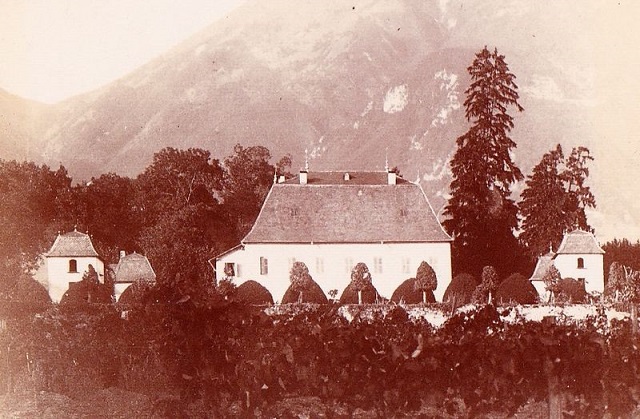 Location: Annecy-le-Vieux, in the Ain departement of France (Rhone-Alpes Region).
Built: 1419.
Condition: --.
Ownership / Access: Family of Guigné.
Notes: The castle of the Court is a castle, attested in the fifteenth century, which stands on the town of Annecy-le-Vieux in the department of Haute-Savoie, in the Auvergne-Rhone-Alps region.The castle of the Court is located in the French department of Haute-Savoie in the town of Annecy-le-Vieux, in the north dominant overlooking Lake Annecy and surrounded by the large trees of a park . The Castle of the Court is presently presented, like that of Monthouz at Pringy, ordered around an inner courtyard. The latter is accessed to the east by a porch. The main main building, open on a terrace, develops to the south; A large square tower flanks it to the west.