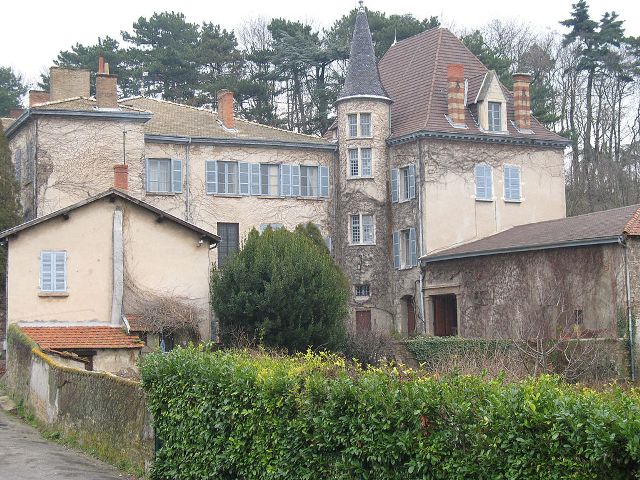 Location: Irigny, in the Rhône departement of France (Rhone-Alpes Region).
Built: 18th century.
Condition: In good condition.
Ownership / Access: Privately owned.
Notes: Château de la Combe is located in the town of Irigny in the Rhone department. In the early eighteenth century, Jean Pierre CROPPET, lord of Irigny, built the new castle on the ancient lands of the archbishops of Lyon. In 1737, Jean-Baptiste Louis CROPPET of Varissan last of his family to hold the title of Lord of Irigny, wife Marie-Anne Hesseler. In 1764, the daughter of previous, Marie Gabrielle, wife Catherin Jacques Leclerc du Fresne of Verpillière, which is the last Lord of Irigny. In the nineteenth century, various owners succeed: the Rivat, then Gournaud, and in 1870, the Bizouard of Montille In 1920 the castle was bought by Anthony of industrial Goiffon. The current owner is Pierre-Antoine Goiffon, grand-son of the previous. The castle is open to arts and provides a framework for various shootings, including the television series the Louis Flea.