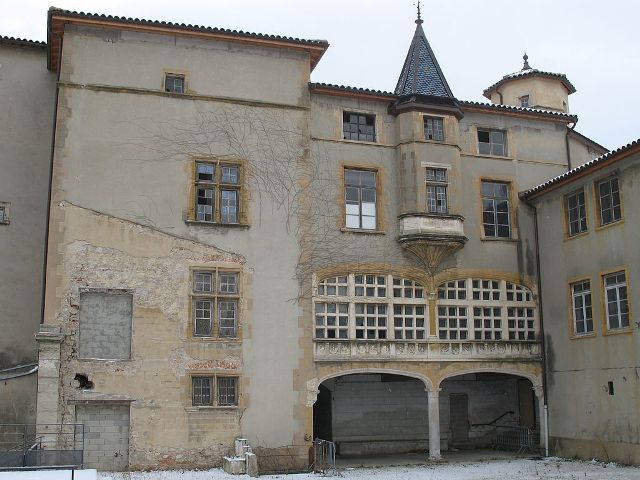 Location: Saint-Marcel-l'Eclairé, in the Rhône departement of France (Rhone-Alpes Region).
Built: 18th century.
Condition: In good condition.
Ownership / Access: --
ISMH Reference Number: PA69000005
Notes: Château de La Bussière is located in the town of Oullins in the Rhône department.In the first half of the sixteenth century, an old fortress, called Grange Deï, expanded and topped by a gazebo. At the beginning of the eighteenth century, a home field is built on the site of the fortified house; and the gardens are embellished with fountains; a dovecote was built in the southwest corner of the property. The current buildings, main building and common form an "L". The west facade is Renaissance.