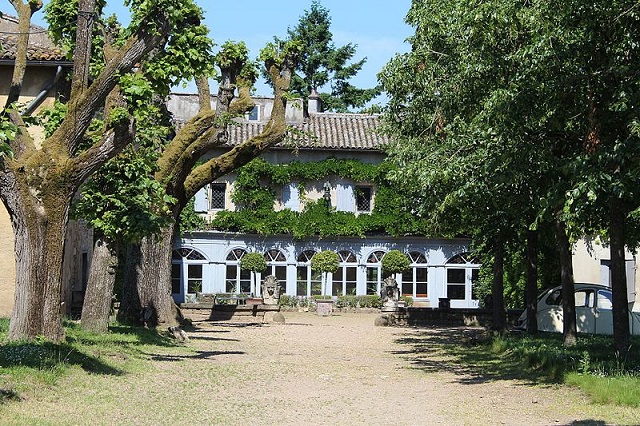 Location: Saint-Bernard, in the Ain departement of France (Rhone-Alpes Region).
Built: 18th century.
Condition: --.
Ownership / Access: Private person.
Notes: The castle of La Bruyère is a castle of the eighteenth century which stands on the town of Saint-Bernard in the department of Ain and the Auvergne-Rhone-Alps region. It succeeded a former Benedictine priory of the ninth century, of which there are still many vestiges, notably of the twelfth century. The old priory, in its entirety, is registered as a historic monument by decree of December 30, 1997.Originally it was a Benedictine priory of the ninth century transformed in the eighteenth century into a mansion called today castle of La Bruyère.