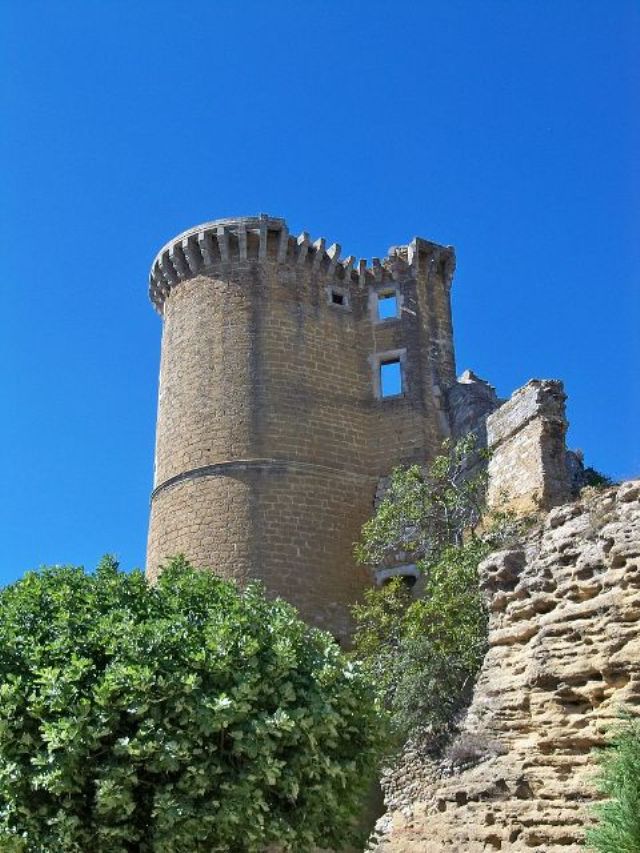 Location:Baume-de-Transit (La), in the Drôme departement of France (Rhone-Alpes Region).
Built: 12th-16th century.
Condition: Ruined.
Ownership / Access: Privately owned.
ISMH Reference Number: PA00116890
Notes: Château de La Baume-de-Transit is a medieval castle, built in several stages between the twelfth century and sixteenth century, in La Baume-de-Transit, in Drôme department.The first traces of the castle date from the twelfth century. During the wars against Aymar de Poitiers, in the following century, Simon de Montfort destroyed part of the building, along with the village. Its reconstruction resumes at the request of Diane de Poitiers, and the tower was built in the fifteenth century. he made the subject of renewed fighting between the Count of Suze and the Huguenots in 1574. The castle is classified as historical monuments July 22, 1980.