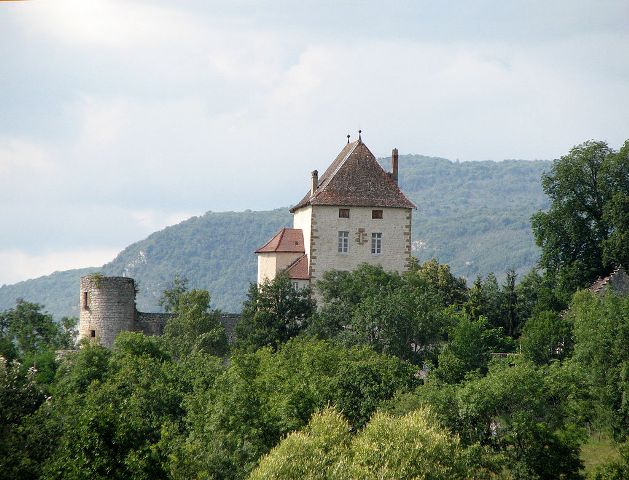 Location: Brégnier-Cordon, in the Ain departement of France (Rhone-Alpes Region).
Built: 13th-20th century.
Condition: In good condition.
Ownership / Access: Privately owned.
Notes: The Château de la Barre is an old castle of fourteenth century rebuilt in the twentieth century, the center of the lordship of La Barre, who stands in the municipality of Brégnier-Cordon in the Ain department in Auvergne-Rhône region Alps. The current main building dates back to the origin of the castle, the thirteenth century; it is the square tower, 6 levels, which rises to 32 meters; he was constantly inhabited; fortifications date back to the thirteenth century.

How To Get To Château de la Barre (Map):