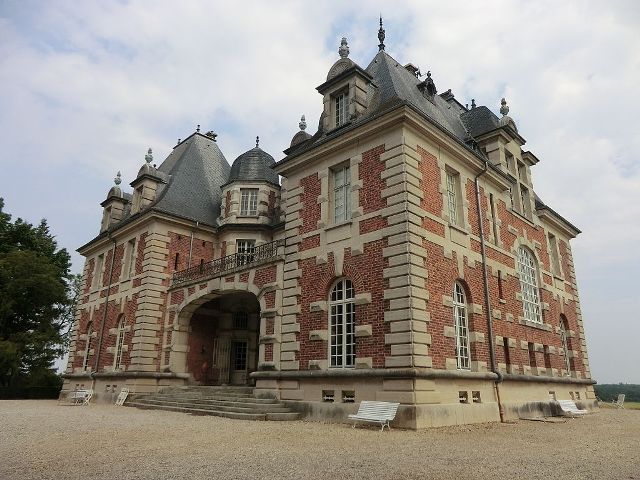 Location: Joyeux, in the Ain departement of France (Rhone-Alpes Region).
Built: 19th-20th century.
Condition: In good condition.
Ownership / Access: Private property.
ISMH Reference Number: PA01000022
Notes: Château de Joyeux is a castle Happy in the French department of Ain, in France1. It is classified as a historic monument since 2009.The castle was built in the late nineteenth and early twentieth century by Georges-Meillet Montessuy (industrial silk), the owner at the end of the eighteenth century, La Sathonette in Saint-Maurice-de-Beynost. Built on the initiative of Georges Meillet-Montessuy, its design was a joint effort between the landscape architect Henri Duchêne and Fernande Eynard, wife of Georges-Meillet Montessuy. The castle is the unique architectural work of Henry Duchene is relative to the frame. The property which is 200 hectares (including 15 built) was transferred to the wife of Georges-Meillet Montessuy, the death of this one (he had no children). When the latter died in 1938, his niece the Marquise de Barbentane inherited the estate.

How To Get To Château de Joyeux (Map):