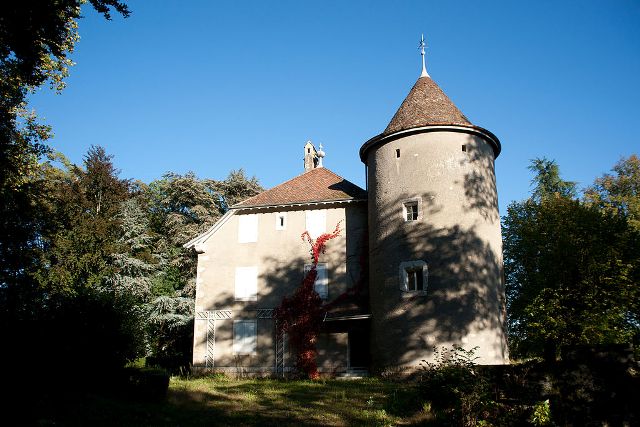 Location: Grilly, in the Ain departement of France (Rhone-Alpes Region).
Built: 15th-18th century.
Condition: In good condition.
Ownership / Access: Privately owned.
Notes: Château de Grilly is an ancient castle of the thirteenth century redesigned thereafter, which stands in the Pays de Gex in the municipality of Grilly in the Ain department in Auvergne-Rhône-Alpes region, which was up in 1789 the center of the lordship of Grilly.The original castle was a "Savoy square" flanked by four round towers. Plain Castle, he was surrounded by a moat whose trace remains partially visible in the castle grounds. The towers were dismantled between 1536 and 1601 during the occupation of the Pays de Gex by the Bernese and Geneva, and only the south-west tower, still visible today, was rebuilt. The facade facing east has been redesigned with the addition of a colonnaded terrace and balcony. The castle still has its park, outbuildings and 10 hectares under whose rural lease half.

How To Get To Château de Grilly (Map):