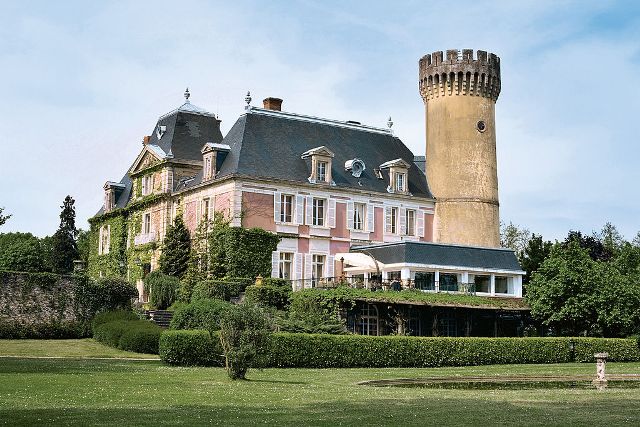 Location: Faverges-de-la-Tour, in the Isère departement of France (Rhone-Alpes Region).
Built: 15th-19th century.
Condition: In good condition.
Ownership / Access: --
Notes: Château de Faverges-de-la-Tour is a castle of the fifteenth century, rebuilt several times that stands in the municipality of Faverges-de-la-Tour in the Isère department in the Rhône-Alpes region.The enclosure, supported on the cliff by a long terrace on vault, protected by a wall, defended the fortress. Common with vaulted stables were built in the eighteenth century. On one of the windows can meet the date 1732. The tower at the southeast corner served as a lookout. She was dethroned in the revolution and brought back to the roof level of respect for republican equality! The castle contains remains of the fifteenth century, seventeenth and eighteenth centuries. In the nineteenth century the owner wanted to add there turrets, one of them collapses soon rise, the other is left.

How To Get To Château de Faverges-de-la-Tour (Map):