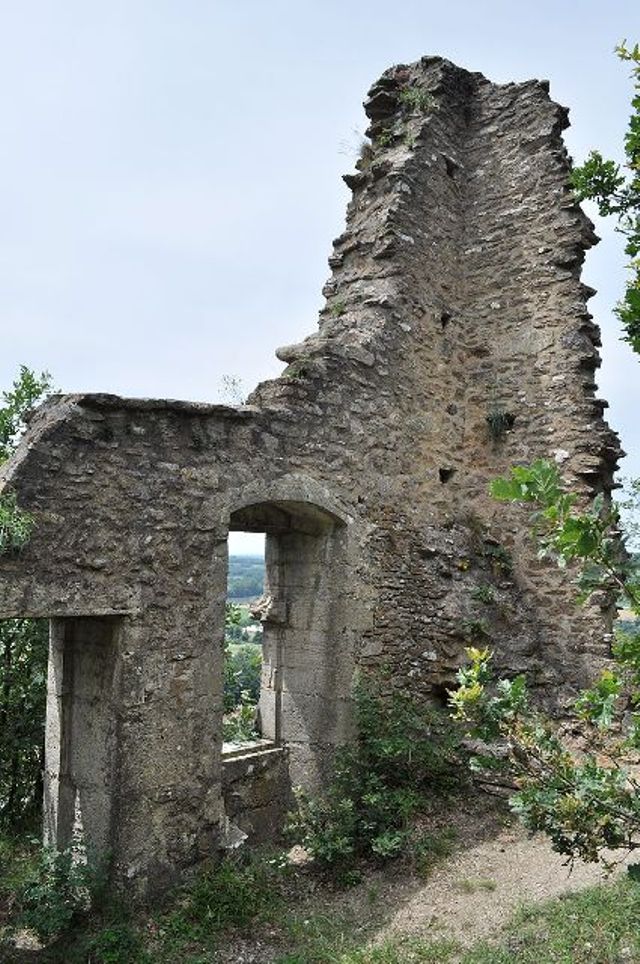 Location: Saint-Rambert-en-Bugey, in the Ain departement of France (Rhone-Alpes Region).
Built: 13th century.
Condition: Ruined.
Ownership / Access: Privately owned.
Notes: Château de Cuchet is an ancient castle, probably of the thirteenth century, the center of the Lordship of Cuchet, the ruins stand in the town of Saint-Sorlin-en-Bugey in the department of Ain, in Auvergne- region Rhône-Alpes.Ame-François de La Forest, child of Philibert, lord of Grammont and Cuchet, died without descendants, his Lucresse widow Chabeu sells the manor to Gaspard de Mornieu, Esquire, Lord Vaux and Chessy, adviser to the king in presidial Lyon. His son, Gaspard de Mornieu, Esquire, Lord of Grammont and Forest, King's advisor and treasurer-general of France in the generality of Lyon, sells 23 August 1631 to master Balthazard Prost, king's councilor, elected in the election of the Bugey and Gex, becoming Lord Cuchet. His descendants alienate, March 20, 1748, to Francis Companion Vareppe. The Lordship of Cuchet was still in the family Companion in 1789. The castle was already in ruins for centuries.

How To Get To Château de Cuchet (Map):