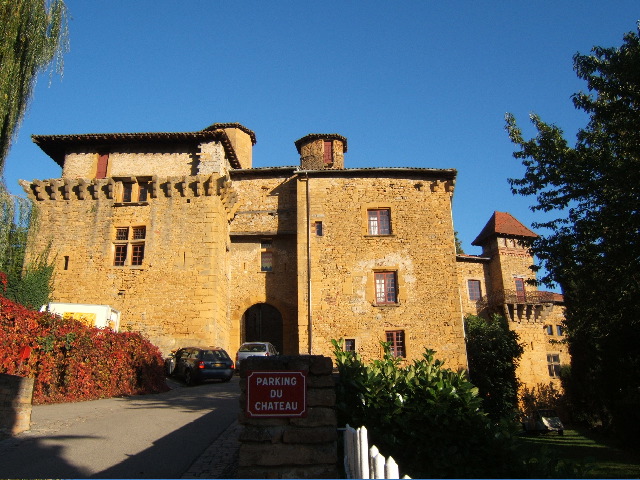 Location: Chessy, in the Rhône departement of France (Rhone-Alpes Region).
Built: 13th-19th century.
Condition: In good condition.
Ownership / Access: Privately owned.
ISMH Reference Number: PA69000021
Notes: Château de Chessy is a former castle, founded in the twelfth century, rebuilt in the thirteenth century, enlarged in the fifteenth century and restored in the nineteenth century, which stands in the municipality of Chessy in the Rhône department in Auvergne-Rhône-Alpes region . The castle is the subject of a registration as a historic monument by decree of 6 September 2004. The Chessy Castle consists of fortifications sloped and equipped with large loopholes. The castle was composed of the tower and a rectangular enclosure. It remains the big cylindrical tower built in beautiful device near the rebuilt house and the remains of an enclosure with a fortified gate. The two buildings built in the fifteenth or sixteenth century were outside the enclosure whose influence has been transformed into garden before the revolution in rock garden in the nineteenth century. A new garden was designed by the Vital-Durand decorator.

How To Get To Château de Chessy (Map):