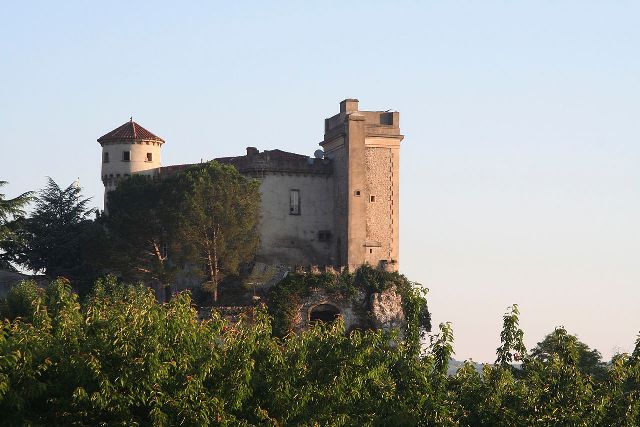 Location: Châteaubourg, in the Ardèche departement of France (Rhone-Alpes Region).
Built: 11th century.
Condition: In good condition.
Ownership / Access: --
Notes: Château de Châteaubourg is a castle located in the town of Châteaubourg in the department of Ardeche in France. The castle is built in the eleventh century, on top of a rocky hill on the right bank of the Rhone, opposite the confluence of the Isere and the castle of La Roche de Glun, and that of Glun, three castles belonging to the same owner an appointed Rogier, who used to extort money from passersby, pilgrims and sailors. In his memoirs, Joinville says, going on a crusade, King Louis IX took the opportunity to besiege the castle of La Roche de Glun. The Rogier lord and its population put to the sword, the king was housed at the Castle of Châteaubourg. During the religious wars, the castle is under attack Huguenots. Remodeled, it still faces the French Revolution.