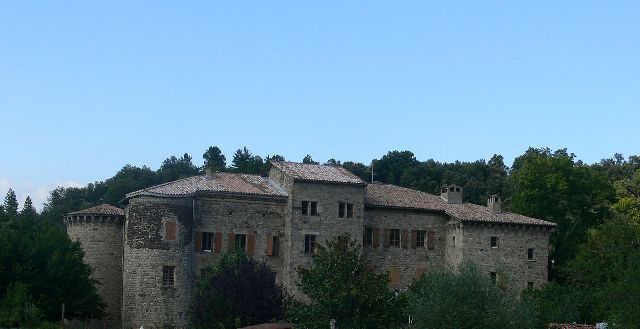 Location: Jaujac, in the Ardèche departement of France (Rhone-Alpes Region).
Built: 13th century.
Condition: In good condition.
Ownership / Access: Owned by the municipality.
Notes: The Château de Castrevieille is located in the town of Jaujac in the Ardèche department. Characteristic of the southern houses of France, the building is a rectangle 32 meters on 15. It is flanked to the west by two round towers; the southwest, meanest, is built of river stones as two-thirds, then the black volcanic stones. The square tower, east of military structure of the fourteenth century.